Its time to change up the work. In early, early recovery, the work was prescribed by the chemical dependency department of my health care provider. Thank goodness they had a clear plan because my planning to drinking less tomorrow wasn’t flying. In AA, my sponsor helped me develop a plan of working with her weekly, attending 3 meetings, being of service, and calling other alcoholics. That plan established much needed personal stability and started me on the road to developing friendships with others in recovery and I stuck with it for a year (2 rounds of 6 month commitments).

Becoming restless, its time to change things up. Winging it certainly is appealing and sounds like an exciting adventure, but adventure doesn’t meet the needs of recovery and a plan is needed. So, for accountability, here’s the current plan:

What is your experience with changes in your recovery program? What types of changes have you tried?

Year two of holiday parties in sobriety, and a perfect opportunity to put some knowledge into practice.  A few tips I learned from trial and error last year but many were learned right here from my fellow sober bloggers.  Each and every one of you are deeply appreciated.   Hurrah for collective wisdom!

December 2014 saw quite a few holiday celebrations right here at home including a staff party, book club dinner party, Christmas  Eve dinner with extended family, and a three family Christmas dinner fete.  Home was a good place to be.  For one, hostessing kept me busy taking care of others.  The other key to celebrating at home is that it allows me to envision and carry out a plan without many curve balls thrown in.

The 3 keys to hosting parties and having great fun while sober this year turned out to be:

1.  Have a plan.  In early sobriety we spend a whole lot of time making plans.  What time will people arrive and leave? What will I drink?  What will others drink? Where can I get away for ten minutes from time to time to read recovery literature and refocus? Who is my support team at the event? Have I clarified their roles with them? Which AA meeting will I attend the day of the event?

2. Have another person handle the alcohol.  Don’t play the part of the suffering hero.  Just have someone else be the bartender.  At the end of the event, have the bartender pack up the bar and toss out the half finished drinks laying around. That person will be glad to help.

3.  Have fun.  Taking the time, making the time, to celebrate with friends is a new concept in my life.  Focusing on others helps me get out of my head which would normally be focused on the alcohol with laser vision, and opens up the world to the people in my life. Turns out my world was so small when drinking and I missed out on the amazingness around me.  Its time to enjoy friendship again.

Coming soon: the backstory of these keys. Because we all know, there’s always a backstory!

Our fearless Nano Poblano leader Mark suggested some, um, interesting topics for the peppers.  While some are tough to incorporate into a recovery blog, there is one that we can toy with today: 14. Today is National Make Up a Holiday Day. Make it a good one.

Here’s the plan: take a few, thoughtfully selected, steps from AA and tweak it into a holiday.  Let’s get started!

Step 1: We admitted that we were powerless over alcohol – that our lives had become unmanageable.

This holiday is built around the tradition of making New Year’s resolutions. Each of us decides on something to let go of and we have water cooler discussions, and Facebook threads and Instagram posts about said plans. Resolutely letting go of things we’re powerless over will give us incredible freedom. For example,

Just let it go people.  Trust me, it feels good.

Step 4: Made a searching and fearless moral inventory of ourselves.

Once each year, preferably after a big party kind of holiday, we each write an honest list of our shortcomings.  Everyone posts a list (could be the real one, or a fake one that makes you appear to be the next Mother Teresa) on social media and then burns them in a neighborhood bonfire.  The sooner we know our cr*p, the sooner we can clean it up and move on.

Step 10: Continued to take personal inventory and when we were wrong promptly admitted it.

Holiday: Hug It Out Day

The day before Thanksgiving, everyone gets in contact with each person they have hurt, lied to, stolen from, messed with during the last year and owns up to their actions. Get it out.  Don’t let it fester. The momentum created with everyone having these conversations will make them that much safer for everyone.  On Thanksgiving everyone gives thanks for new beginnings with friends and family and its all hunky dory.

Each of us has our own reality, our own way to be.

Just tonight, my friend and I drove to the East Bay Meditation Center in Oakland, CA, for the 4th and final meditation class.

Purposefully, we didn’t read nor listen to the news this evening, agreeing to learn the verdict and follow the story on our drive back home. For a few hours before class, we delighted in shopping in local stores and walking the streets in one of those neighborhoods chalk full of independent stores. In one shop we considered purchasing a meditation pillow, touched most every soft item of clothing in another shop, found the perfect reflective bands to wear on our morning jogs, and gave in to our senses over the most other-worldly bowls of ramen ever imagined. Everything seemed so normal on the street, in the shops, along the sidewalks.

Driving to the meditation center, it became evident that entirety of the city was actually preparing itself for a long night. Oakland knows how to prepare for these nights. Everyone knows their role in this public theater. Police vehicles, police on bikes, roads blocked off, helicopters. Areas for people to gather were being tightly controlled. We parked and walked directly to class. Half of out classmates remained in their own homes to assure their physical safety. Sounds of sirens, helicopters, and nervousness made for challenging meditations. No complaints. Just need to recognize that the needs of many are met in many different ways. As our two hours concluded, minds calmed, we were reminded of steps to take to make the change for a meditation practice in our own lives, suggested next steps on our road of discovery. It was in this quiet spirit as we put away our chairs and cushions that staff at the center informed us that a peaceful protest had moved to the freeway and helped us plan our route home via surface streets. Care for our well being was being tended while we learned, practiced. Turns out that during our meditation, the neighborhood had been surrounded by protest over the Ferguson grand jury decision and had moved from the streets to the highway. Peaceful protest on the highway. Peaceful and making voices heard. On the highway.

Marches and meditation, each of us doing everything in our power to make this world a better place.

Note: this post was updated the morning after publishing to include deeper insights gleamed upon reflection.

The idea for a chatty post comes from Nerd in the Brain and seems a great way for us to wind down together at the end of the week. In this spirit, a few topics we’d discuss over coffee would be

Movie Review of Hunger Games 1 and 3:

With gratitude to Girl Gone Sober and Sober Courage who inspired me with their posts 124 days and Every Day You’re Sober IS a BIG F-ing Deal! 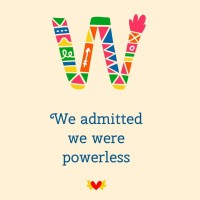 Universe of Pressure
My journey, from wine lover to sober and happy...

There are thousands of people over at Soberistas.com supporting one another in achieving a happy and healthy alcohol-free life. You can find out more about joining our online community at soberistas.com

A Blog about Recovery from Alcoholism and Keeping it Simple

The End o the Road

Saying goodbye to my booze-riddled path

Healing from the inside

a journey in recovery

Every day is a reason to celebrate.

A Silent poet shouting to be heard

In which I attempt to create order from chaos

~If life gives you lemons and you make lemonade, be sure not to squirt yourself in the eye while you do it ~

A Map of California

Everything that's gold does not glitter

Two cooks in a kitchen. Two gardeners fighting over a tiller. Two writers sharing a blog.

Nerd in the Brain
We Admitted We Were Powerless
Blog at WordPress.com.